In Brazil the Feira Livre serves the function of the farmers markets of old, rather than the hipsterized version that has proliferated across our recently gentrified inner cities. Now let me be clear, I am not against new farmers markets or hipsterization. Anything that helps small businesses and brings people to the streets to laugh and eat is a good thing. But we all know that we’re not waiting for the weekly farmers market to shop for groceries. With a few exceptions, such as the big Eastern Markets of Washington and Detroit or NYC’s Union Square Greenmarket for example, most market are destinations for our bicycles and additions to our coffee runs. 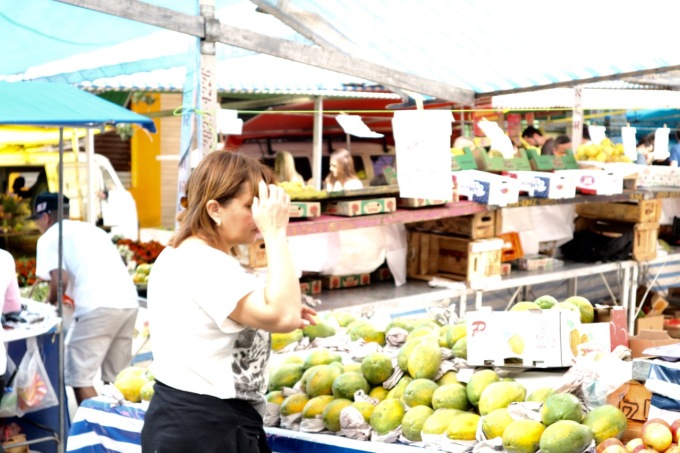 In Sao Paulo every neighborhood has a Feira Livre, a day where the streets in a small area are closed and the vendors drive in from the country to sell fruits, vegetables and fish. There are plenty of grocery stores, but the consensus is that the best and most competitively priced produce comes from the fair. It’s a place of babies, grandmoms, high school aged girls who weigh your tomatoes and sturdy looking men who implore you as you walk by.

The fair is a an explosion of colors and laughter. A place where gringos get over charged and pretty girls get free slices of papaya. The fair also contains that great equalizer of mankind, the Pastel de Feira. A giant pocket of fried dough filled will cheese, meat, vegetables or a combination of there of, that is cheap and equally loved by all segments of the population (I was so busy fighting for and subsequently eating mine, that I neglected to get a decent photo). In Sao Paulo most people live in large apartment towers. Many of them are configured specifically to limit interactions between neighbors, with elevators that lead to individual doors rather than hallways and common areas that are seldom used. Guards control the access to these buildings from behind single sided mirrors and dark windowed guard shacks. The fair serves as a meeting place for neighbors, a reminder that we all live on the same block. 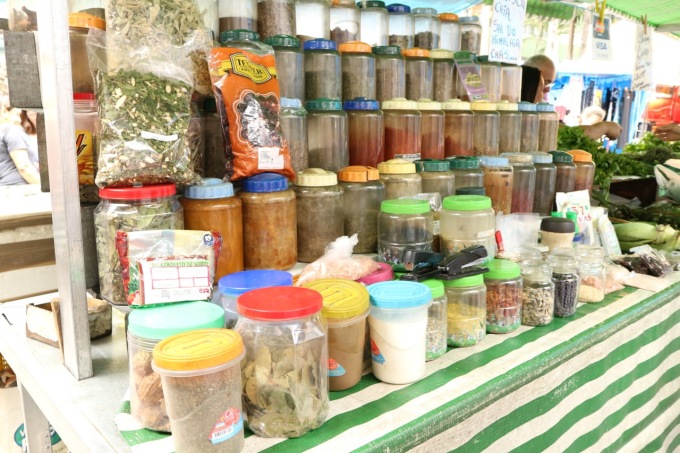